Why has D-Day captured the imagination of American consciousness for over three-quarters of a century?

Seventy-eight years ago, on June 6, 1944, the Allies launched an offensive on the Normandy coast of France to liberate continental Europe from the Nazi German occupation. On Twitter, the hashtag is #DDay78 Omaha was renowned for the heavy casualties American troops suffered — over 2,000 — due to the tall cliffs with heavy German defense, limited Allied naval gun bombardment, and the low cloud cover that made aerial bombing difficult and ultimately too late to eliminate German beach defenses. While the Germans lost 1,000 men during the D-Day invasion, Allied casualties were much higher, with 12,000, including over a third confirmed dead. 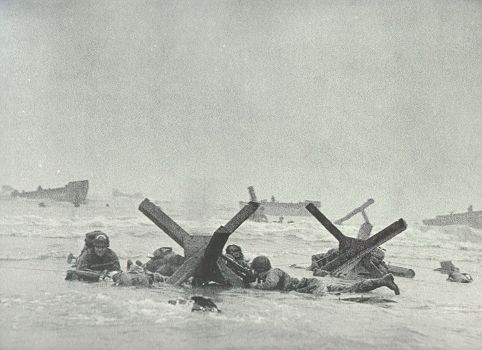 German Field Marshall Rommel thought that the Normandy coastline might be an attack point and constructed several concrete “pillbox” gun emplacements along the Atlantic coast there. He involved other obstacles, including metal tripods, embedded wooden stakes, and anti-tank emplacements on the beach to slow down any amphibious assault craft and delay tank movement on the beach.

The fifth volume of Winston Churchill’s six-volume memoir “The Second World War” covers the War’s climax from the British perspective. Churchill’s sixth and final volume, Triumph and Tragedy, concludes the history with the Normandy invasion to the surrender of the Japanese, ending WWII in the Pacific. 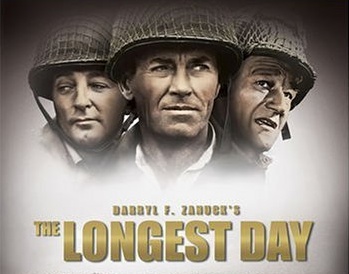 I remember as a boy watching with my father The Longest Day as he pointed out technical errors the filmmakers had made. And there were historical inaccuracies as well, but this was during the Cold War when historical accuracy seemed less important than regaining American confidence by recalling the memory of a “just war” won with the assistance of our allies.

It was the first movie made about the Normandy invasion, filmed in 1962 and stared a host of international stars, including Richard Burton, John Wayne, Henry Fonda, Robert Mitchum, and (a pre-James Bond) Sean Connery. 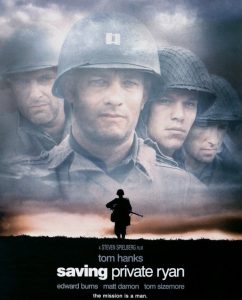 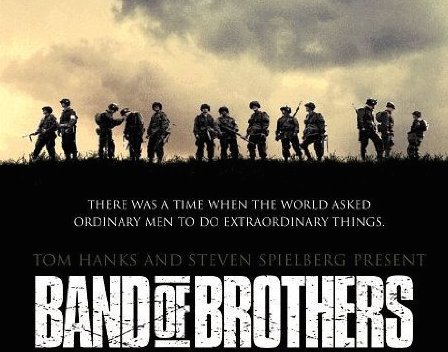 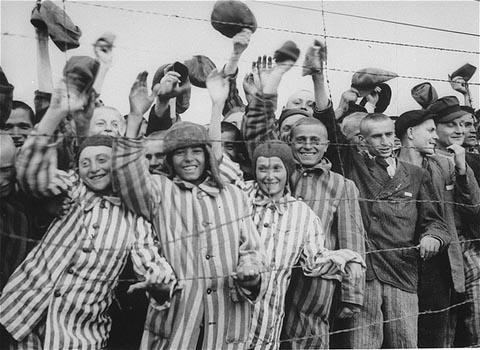 I recounted my father’s story here. His involvement in the liberation of the main Dachau camp — the first and longest-running concentration camp, the prototype, and the training center for SS officers destined to work at other concentration camps — took place just nine days before the end of the War. I wrote about it here, which describes the liberation in greater detail.

I pray that our Heavenly Father may assuage the anguish of your bereavement, and leave you only the cherished memory of the loved and lost, and the solemn pride that must be yours to have laid so costly a sacrifice upon the altar of Freedom.
Yours, very sincerely and respectfully,
-Abraham Lincoln.