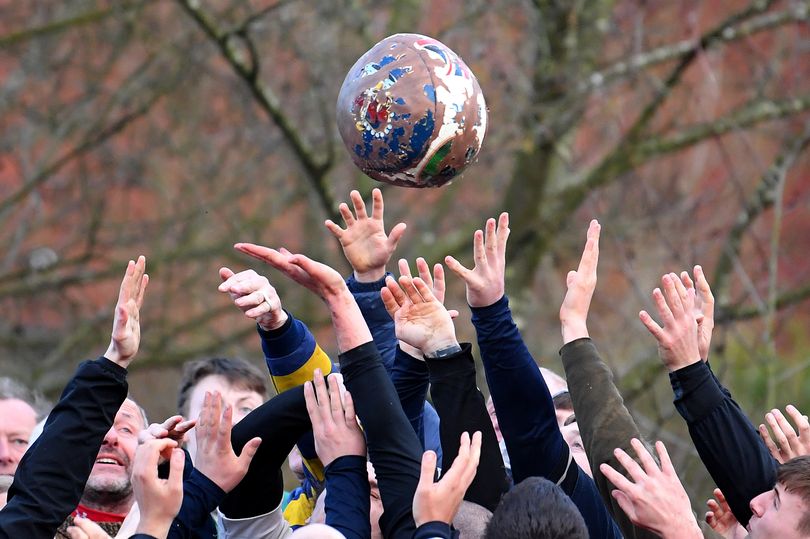 The Royal Shrovetide Football Match is typically played on Shrove Tuesday and Ash Wednesday in Ashbourne, Derbyshire, England, tracing back to the time of Henry II in the 12th century (think of the play/movie “The Lion in Winter.”)

As we’ll see in tomorrow’s article on Mardi Gras, Christians usually avoided meat during the Lenten period of 40 days. So during Shrovetide, immediately before Ash Wednesday, believers enjoyed various meat dishes. Another name for Shrove Monday is Collop Monday. Collop is an Elizabethan English word that means a small piece of bacon, which was a part of the breakfast meal eaten on this day. Cooks often kept the remaining fat for making pancakes the next day on Shrove Tuesday.

It goes by other names in the eastern part of Europe and beyond. Clean Monday in Greece is also known as Pure, Ash, or Green Monday. While eating meat, eggs, and dairy products are traditionally forbidden during Lent to Orthodox Christians, fish is eaten on major feast days. Shellfish and mollusks are enjoyed on Clean Monday. Kite flying is a popular activity at this time. St. Thomas Christians in India and other Eastern Catholic churches observe some of these practices.