ITALY TOUR: PISA IN A DAY

Can you visit Pisa on an Italy Tour in a single day? Yes, a day trip will do it quite easily. Cruise ships regularly dock at the nearby Port of Livorno.

Pisa is a Tuscan city passed through by the Arno River, which also passes through Florence further south. Historically it was a maritime republic before the days of the unification of Italy in the late 1800s. The city boasts twenty churches, over half a dozen museums, and several palaces. The University of Pisa (universitas = community, the universe, or practically: “students who gathered around masters”) was part of the early Renaissance in the mid-12th-century, making it one of the oldest and most prestigious universities in Europe. The 1st-century B.C. author Virgil mentions Pisa in his Aeneid. Pisa means “mouth” (of the Arno) and comes from the Etruscan language (where we get the word Tuscany.)

The most visited location is the “Leaning Tower of Pisa.” Everyone goes up the campanile, the famously leaning bell tower there. Few go into the Pisa Cathedral next to it.

Campanilismo is the “spirit of the town,” typified by the bell tower next to the church in every town I’ve been to in Tuscany. It is a parochial sentiment felt stronger in Italy than many other countries.

In the Piazza del Duomo (The Pisa Cathedral Square) can be found the cathedral, the tower, along with the Pisa Baptistry on the opposite side of the cathedral.

The bell tower is just over 183 feet high on the downhill side and almost 186 feet on the uphill side. This is due to a 5.5-degree tilt that started back in the original construction in the 12th century, due to the soft ground beneath. Various things have been done in the last few decades to correct this. Lead counterweights were used in 1998. If you go there now, you’ll notice two cables leading from the cathedral to the Tower, initially put in back in 1993, which corrected the tilt to only 3.97 degrees—returning to its 1838 position.

But no one wants to correct the tilt completely; it would lose its tourist appeal. 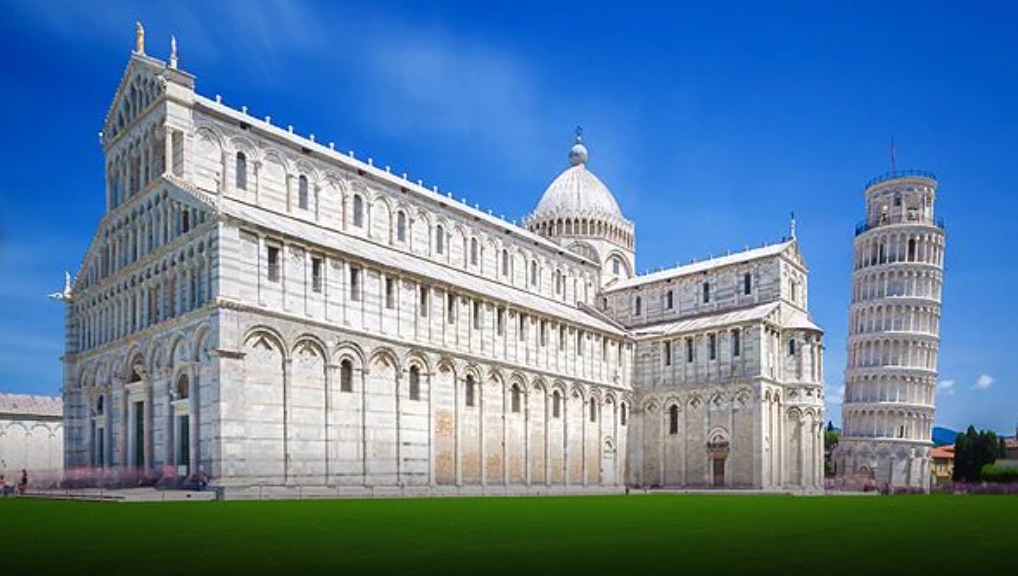 The Tower took 199 years to complete, but then, Rome wasn’t built in a day either.

There is a famous story about Galileo Galilei, who lived in Pisa, who reportedly dropped two cannonballs of differing weights (mass) from the Tower to demonstrate that speed of falling was indifferent to the mass of the falling object. From this experiment, we got our law of free fall. Traveler’s Tip: Since then, the Pisa City Council has frowned upon dropping cannonballs from the Tower.

The steps up to the top of the bell tower are well worn from zillions of tourists climbing them. There are 294 or 296 steps, depending on which side of the Tower you enter. 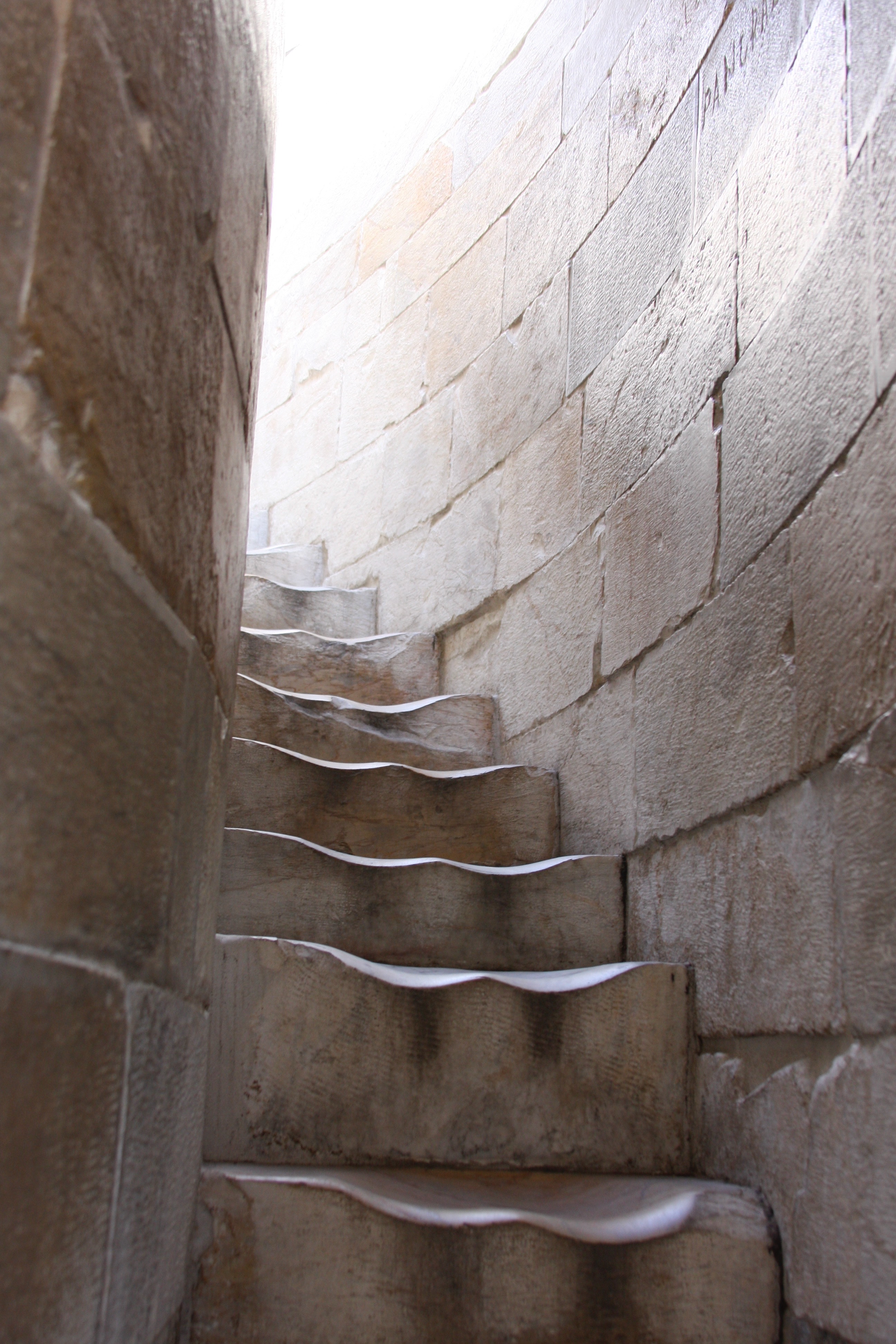 I tried to fix the Tower’s lean while I was there, then every tourist subsequently copied my efforts. 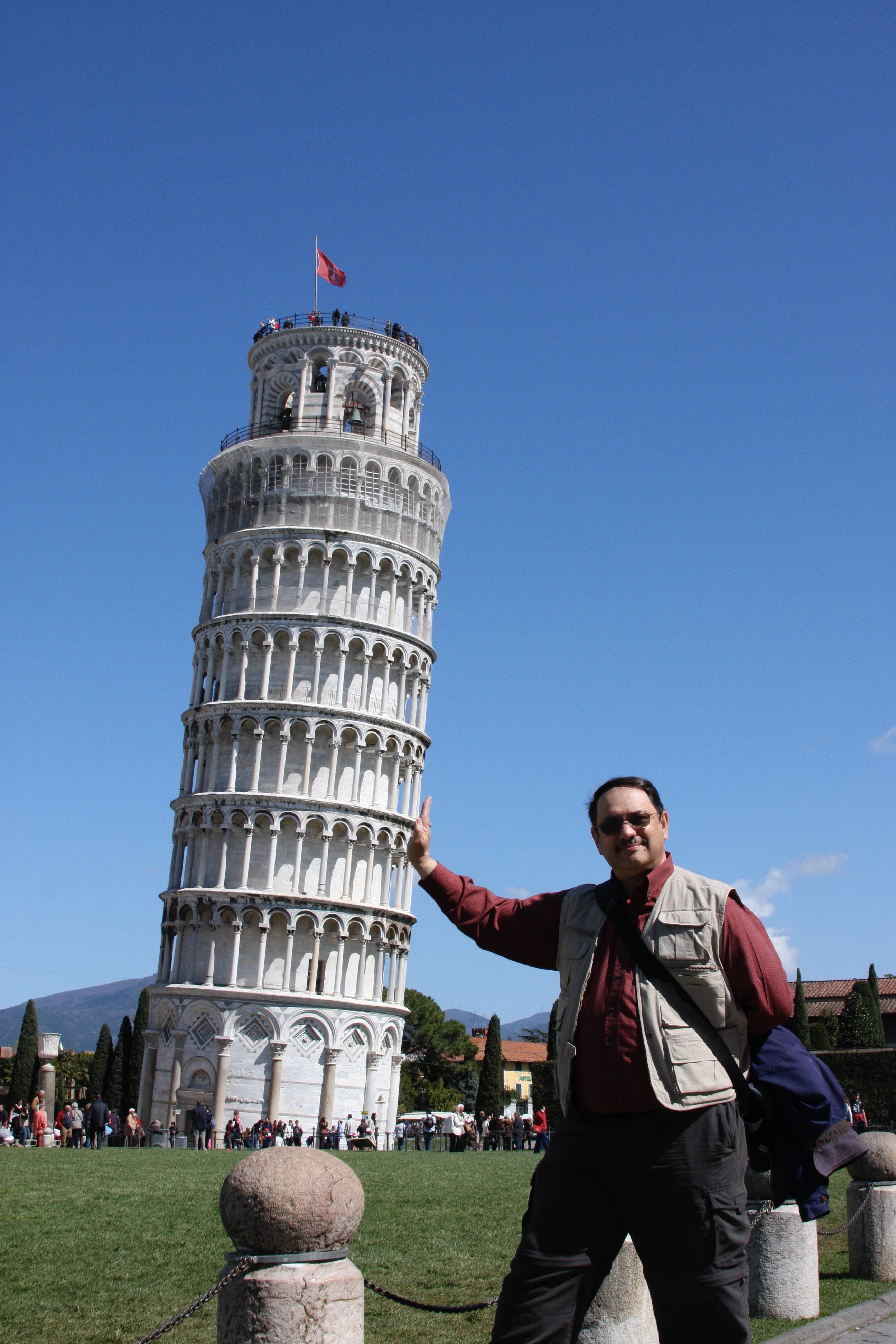 Italy Tour: Venice in a Day
Posted in Europe, History, Italy, Travel and tagged Italy, Italy Tour, Pisa
← Italy Tour: Naples in a Day? Pizza!History of Infinity Day: Why is it on August 8 →