ITALY TOUR: VENICE IN A DAY

Can you visit the major sites of Venice on an Italy Tour in a single day? It is quite doable; “Venezia” is a smallish island. 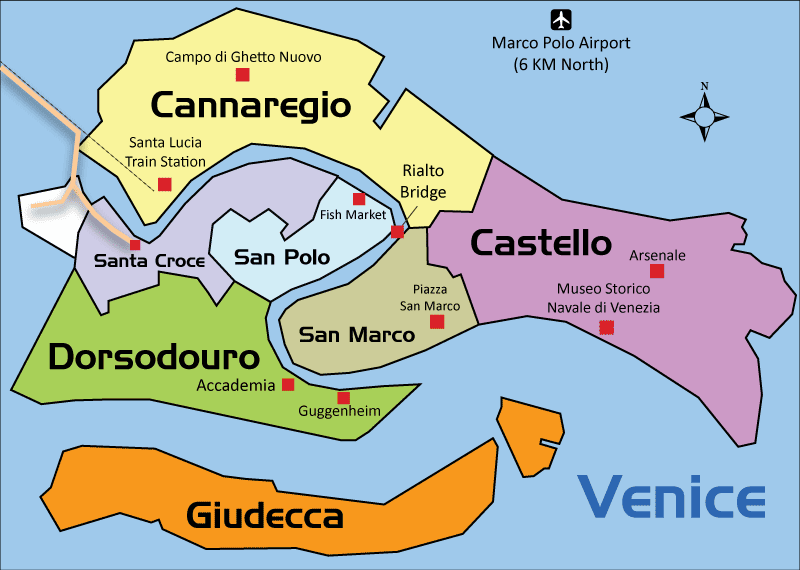 If you get up early, you can walk for hours around the city as it wakes up. There are no cars, but there are “water busses” (vaporetto) and, of course, the iconic (and expensive) gondolas. 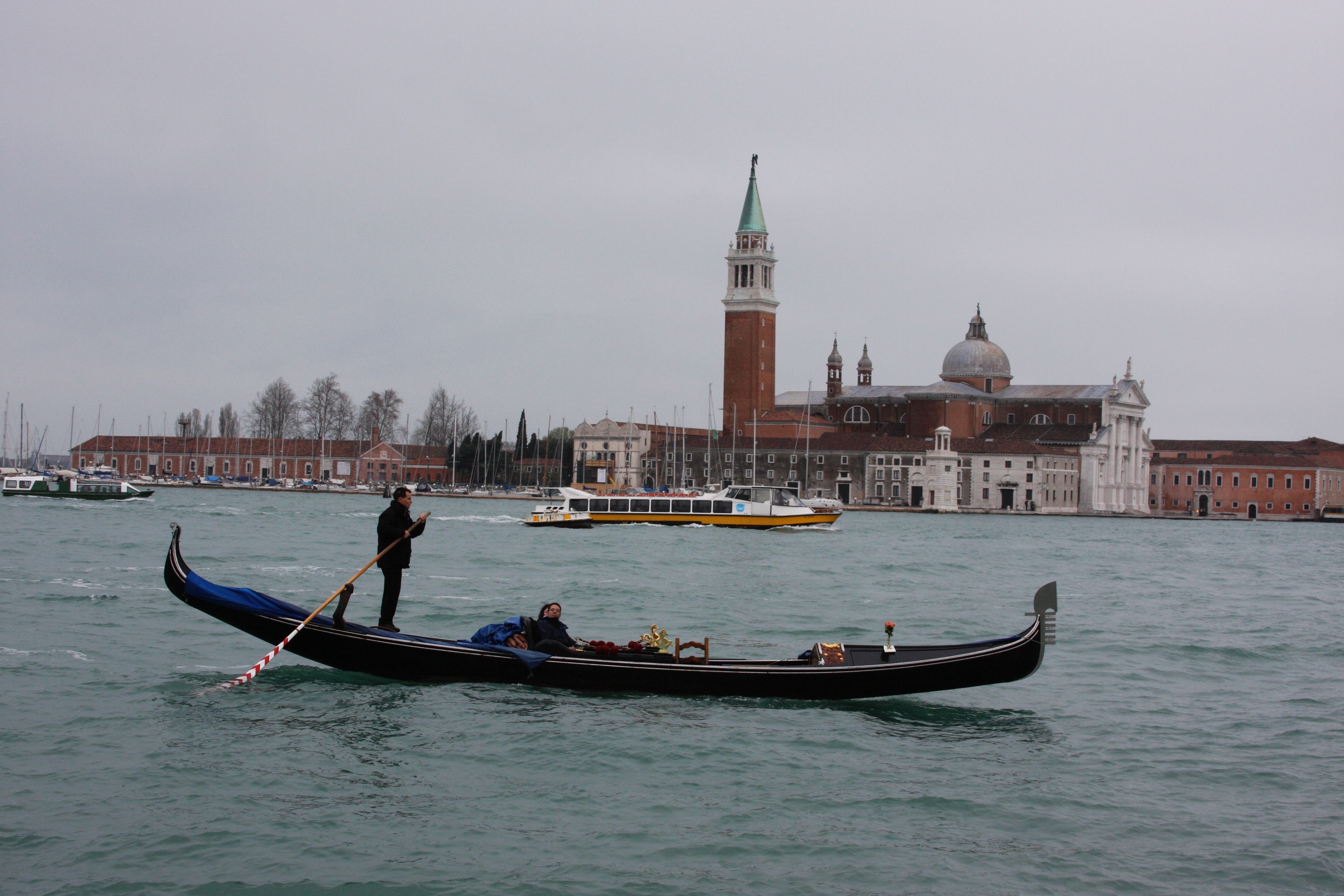 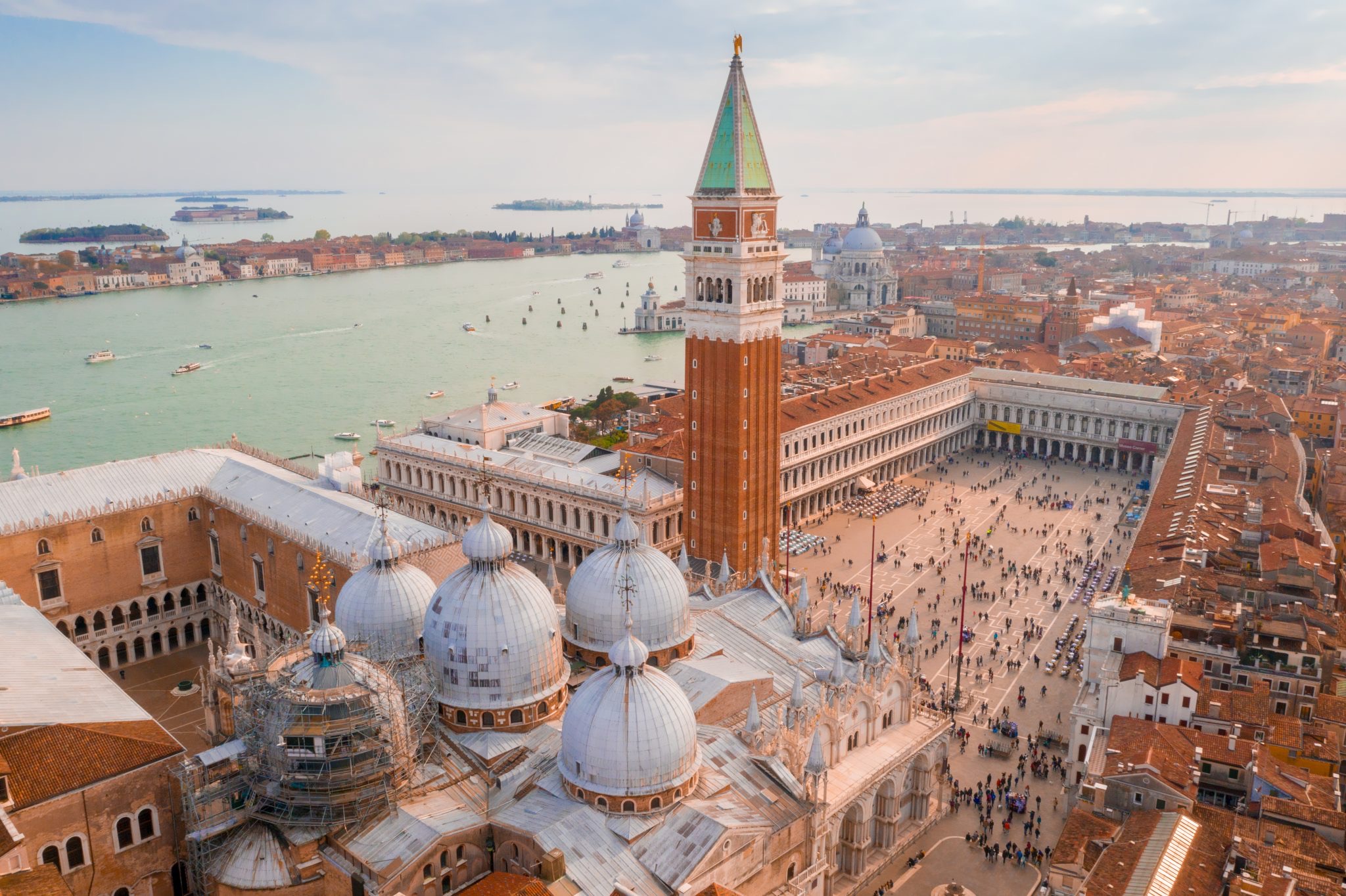 St. Mark’s Square is where the cruise ships dump tourists deposit eager visitors of means, seeking both historical and spiritual uplifting. Featured in many movies, the square is surrounded by fancy shops and is covered by pigeons.

Here are just a few movies that have been filmed in Venice: From Russia With Love, Venice

At the east side of St. Mark’s Square are clustered the three “A” places you want to go:

This church is 900 years old; to avoid the lines, you’ll want to get a timed ticket before you go. Why? There is only 1 hour a day when they turn on the ceiling lights. The ceiling is covered with gold mosaic! 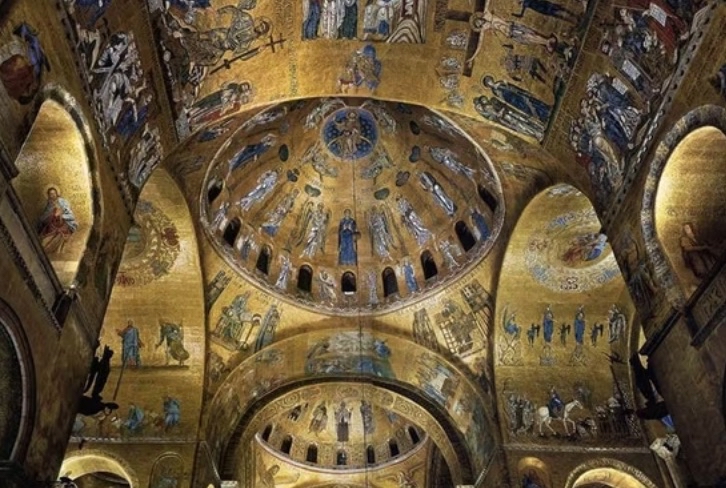 The Duke (Doge) of Venice was consecrated here; St. Mark’s relics are here (see my article on St. Mark and Venice.) You can go upstairs and outside — a great view of the square and the four horses on the roof. 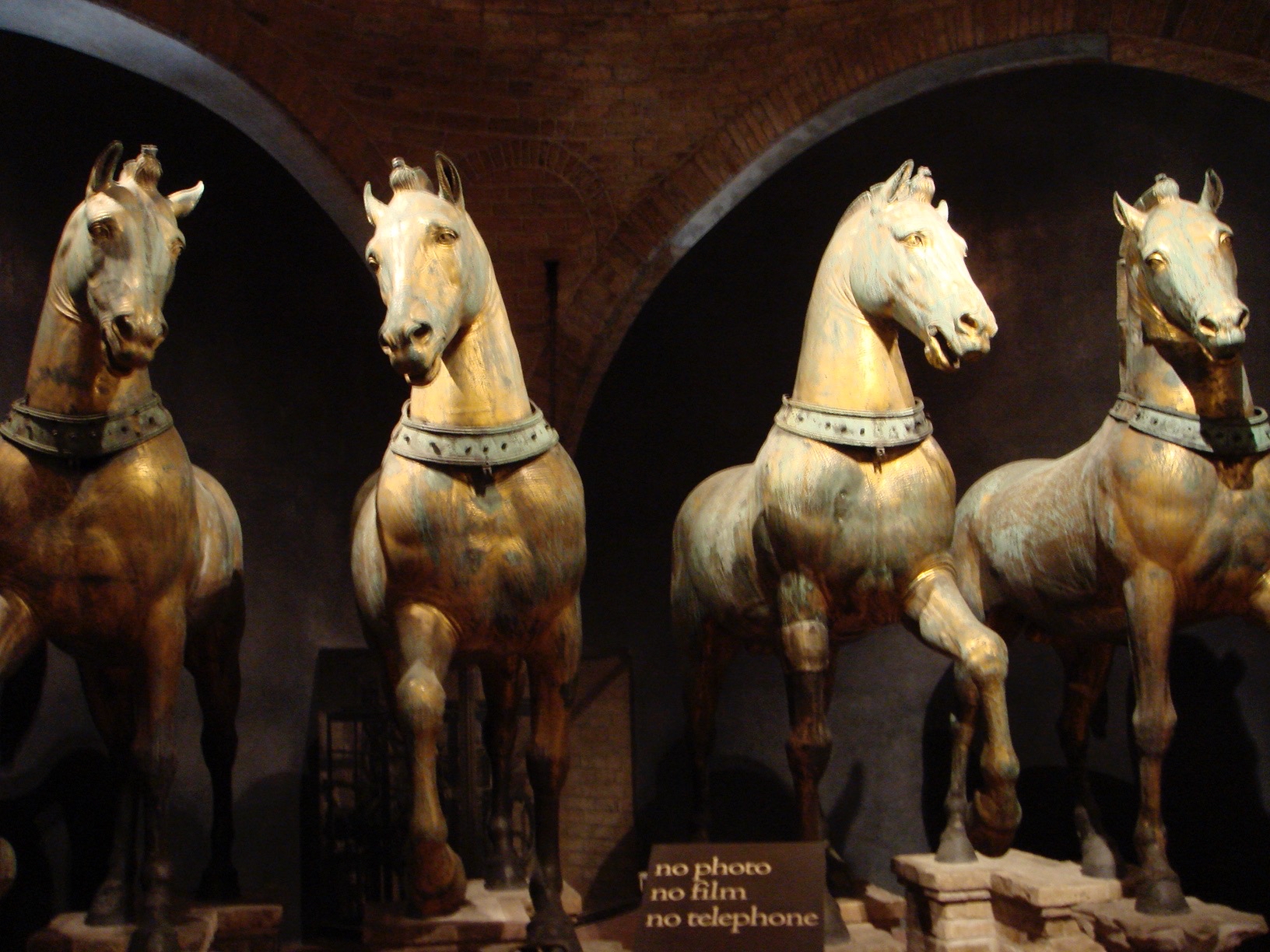 A gothic palace and museum nearby, it is worth seeing. It’s featured in many movies, like Casanova. Behind it, and connected to the former prison, is the Bridge of Sighs, where prisoners would cross to receive their sentence. 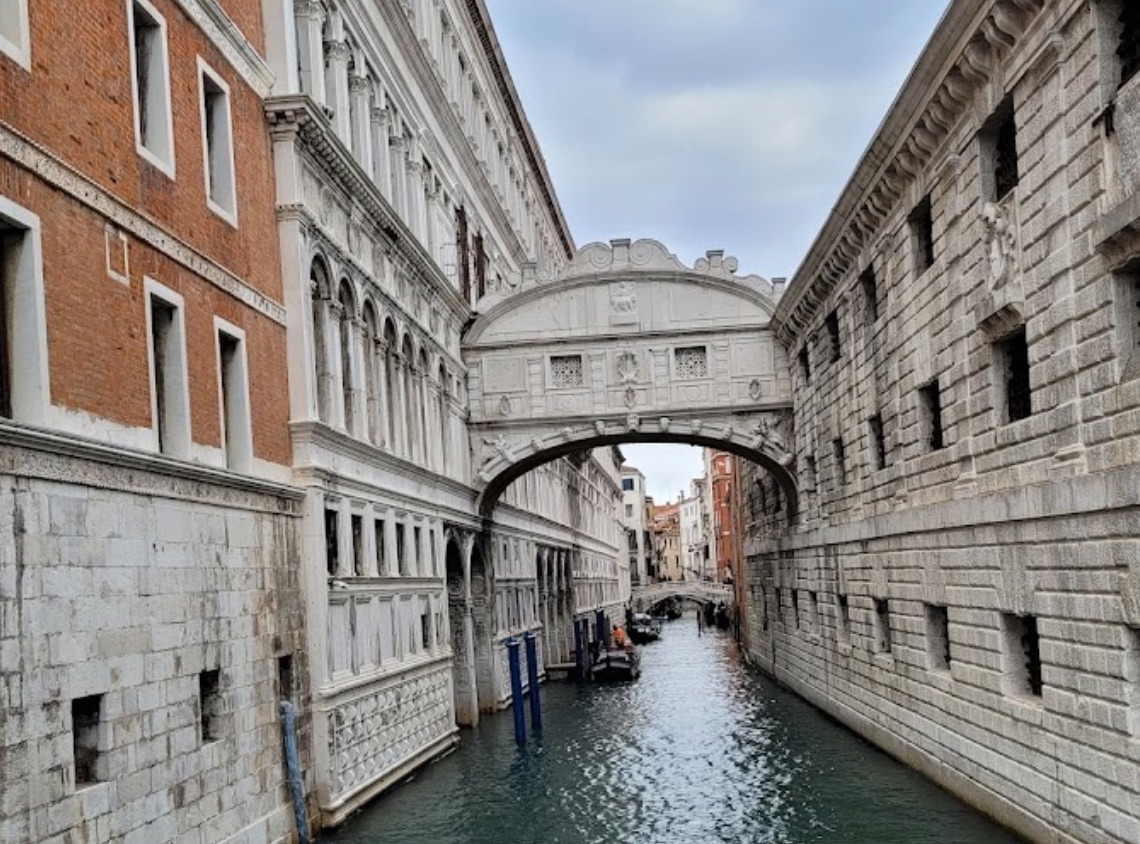 This iconic bell tower has an elevator (unlike the ones in Piza or Florence.) Here you’ll find fabulous views of the city and surrounding islands. If you’re going to visit a campanile, this is the one. 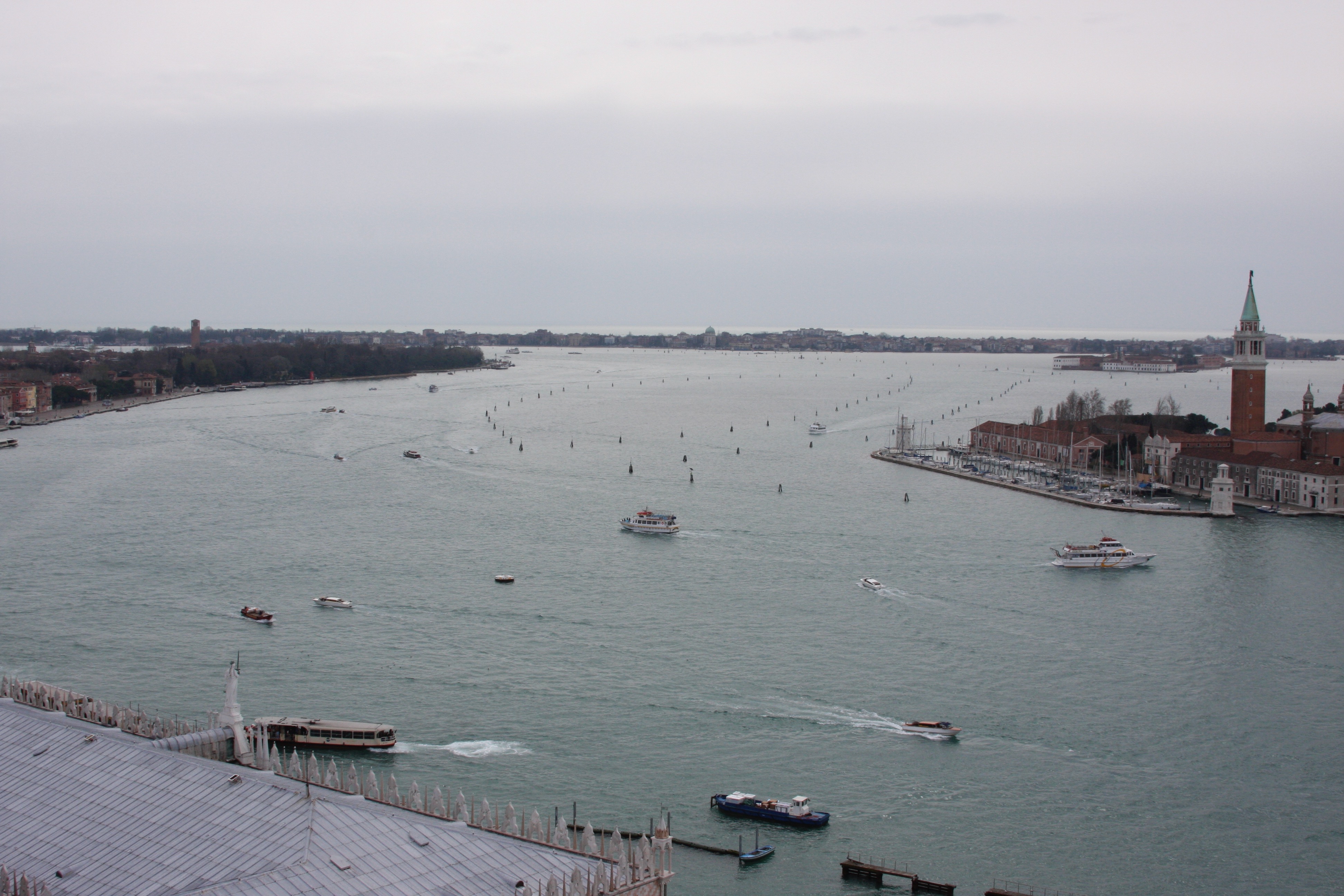 This was the model for Sather Tower at The University of California, Berkeley. 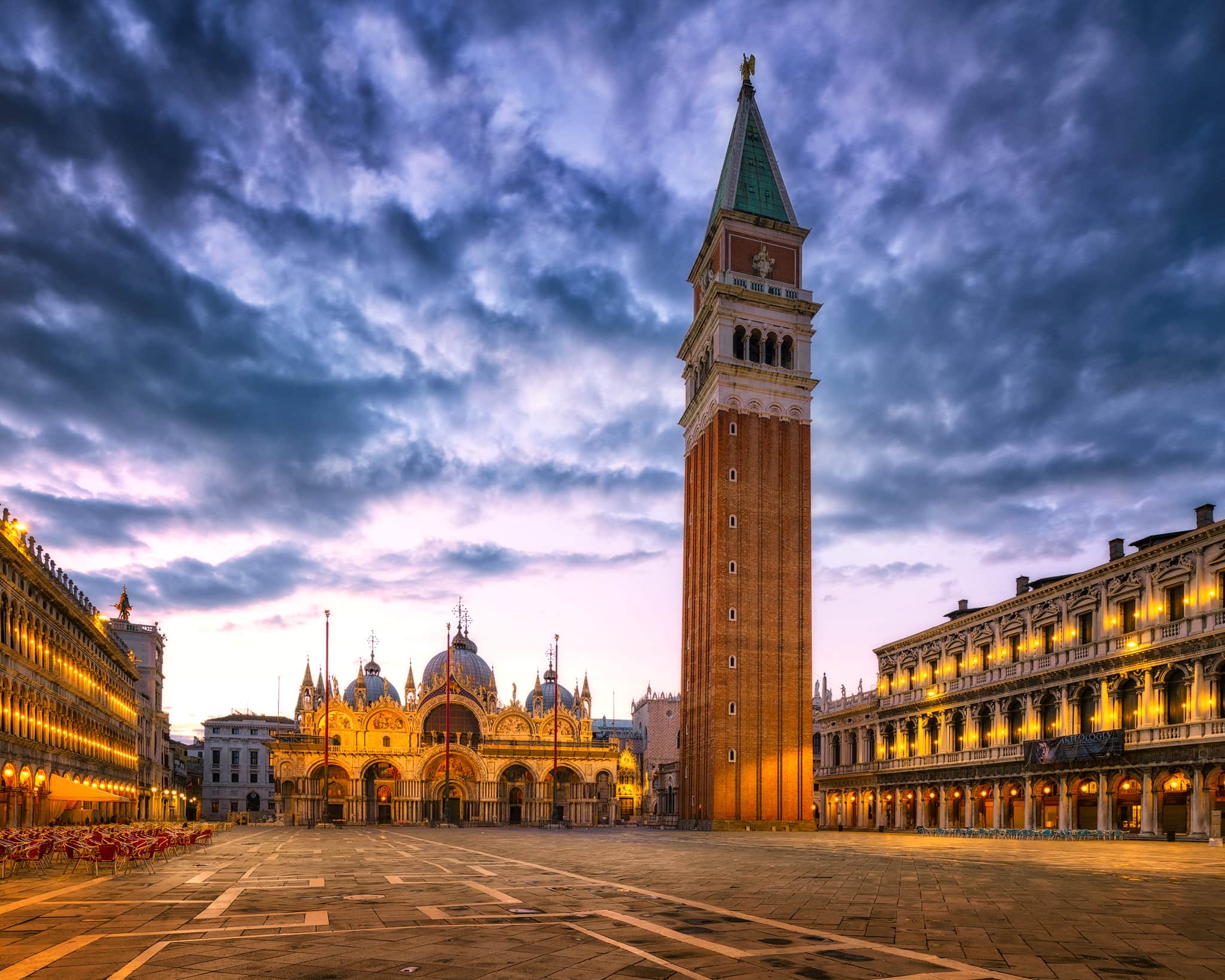 Bell tower with St. Mark’s Basilica in the background.

Four bridges span the Grand Canal in Venice; this one is the oldest. It is a pedestrian bridge with many small shops ON the bridge. It is near the Rialto market on the eastern bank, a nice respite from all the walking. 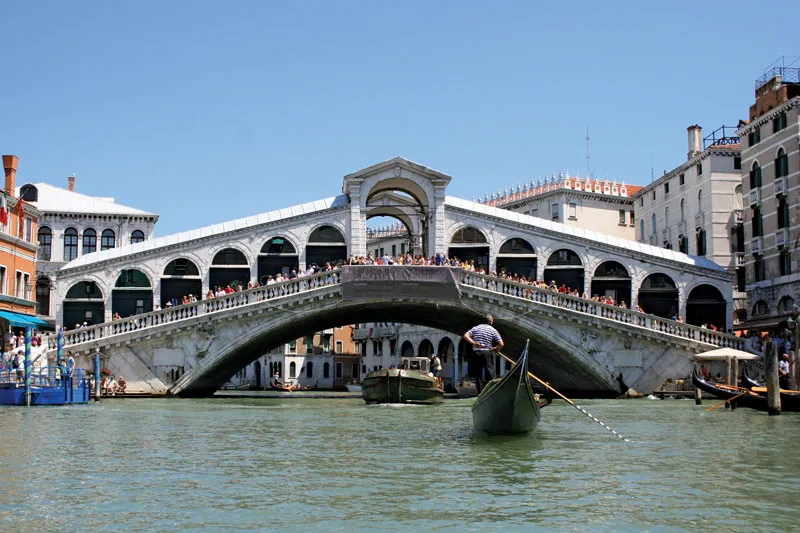 A short boat taxi ride from Venice is an island dedicated to glass making. You’ll find fabulous glass in Venice, but the fire hazard forced the glass makers off to this little island seven centuries ago. In many cases, you can get inside a Murano factory… with a shop attached, of course. 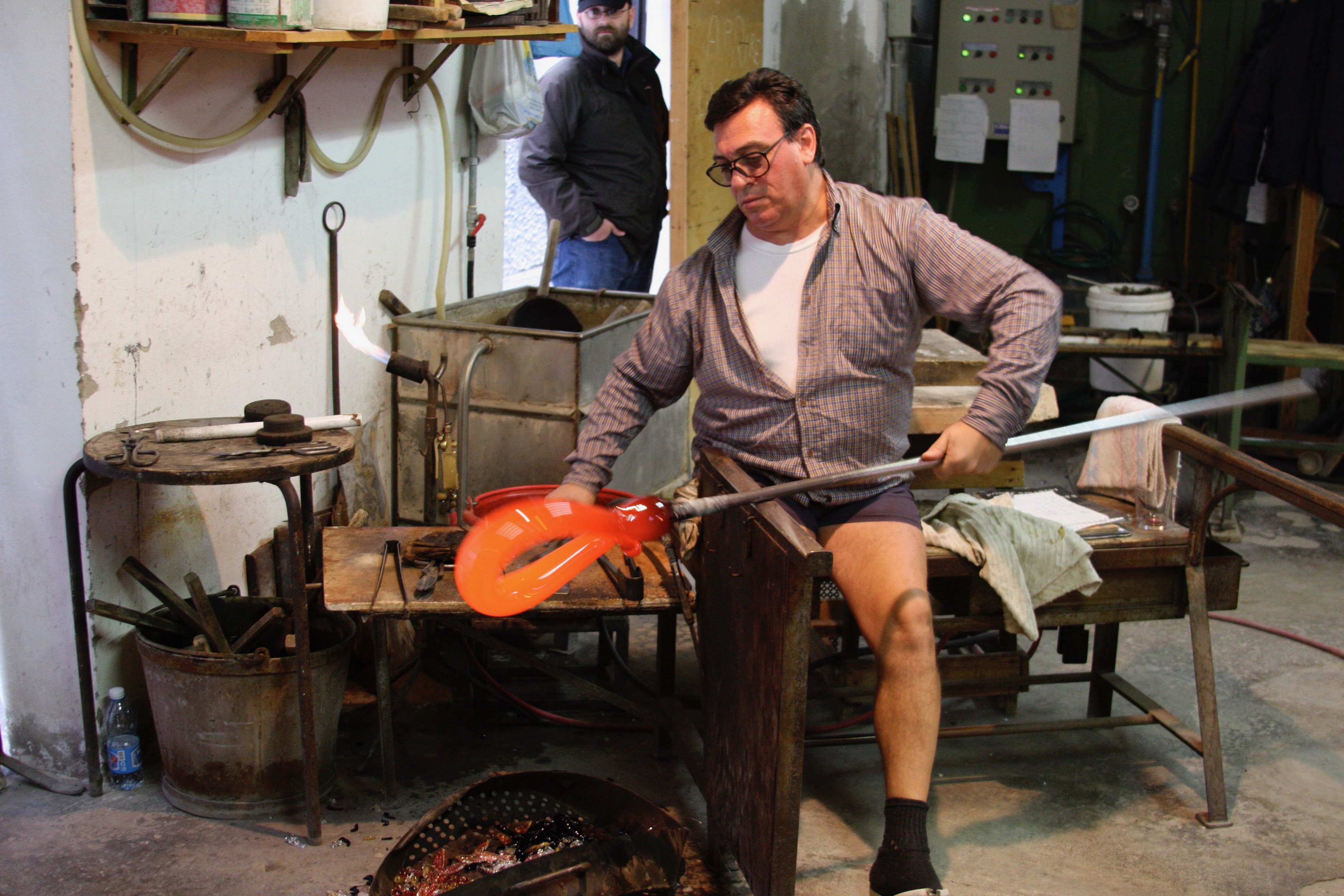 This “Venetian glass” is both practical and artistic. Millefiori beads (“a thousand flowers”) come from there. 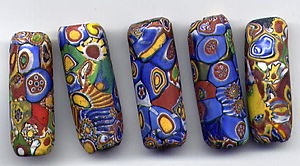 If you’ve ever seen glass works by Tacoma-based Dale Chihuly, found in many places around the world, including the Bellagio in Las Vegas or the Seattle Space Needle… he trained at the Veniti factory in Murano. One of his pieces is on display in the street of Murano.

Carnivale made Venice the “party town” of Europe for centuries (think: Las Vegas on steroids). The masks that go with it are legendary. See my article on Mardi Gras to learn the background of Carnivale. 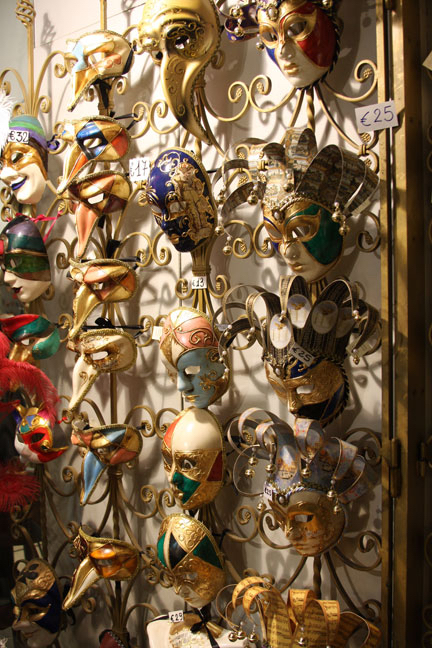 This one is unusual and somewhat sobering. The Jewish section of Venice in the northern Cannaregio district has been there for over 500 years (see map at top). It supplied workers for the iron factory there. The Venetian dialect word for “foundry” is giotto or geto. There they would pour metal (verb: getto) into a mold to make canons. We get the English word ghetto from it.

There were five synagogues in and around the Campo di Ghetto Nuova area. Even today, you see the signs in Hebrew. 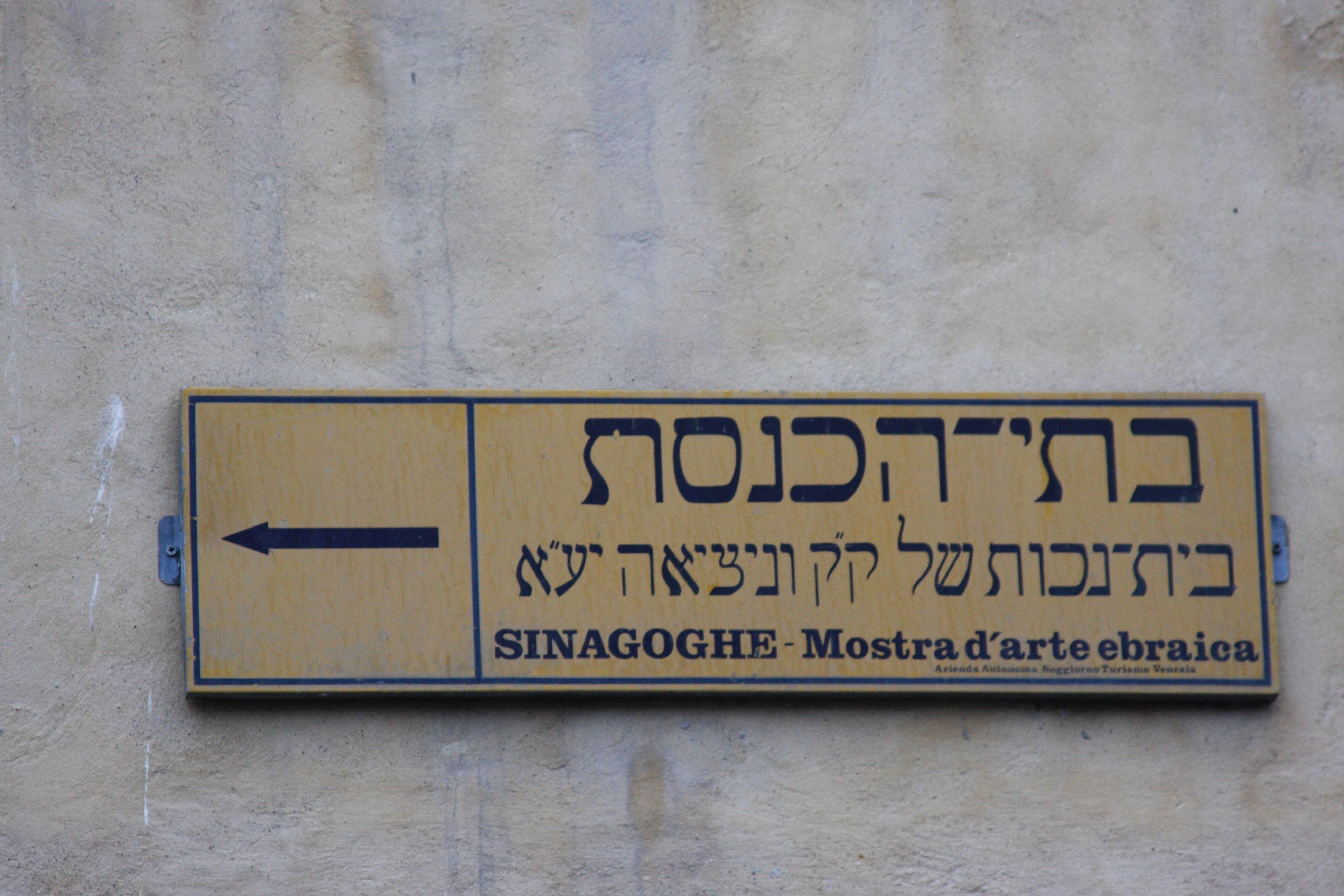 Shakespeare’s Shylock from his Merchant of Venice play was situated here. For years there was a strict curfew keeping the Jews inside this area, from 6:00 pm to noon the next day.

After 1943, when Jews were declared “enemy aliens” by the Nazis during World War II, some 1200 escaped to other cities. But between December 1943 and the following summer, over 200 were rounded up in 1943 and 1944 and transported by train to various prison camps throughout Europe, but in most cases to the death camp Auschwitz-Birkenau. Only eight returned home. See my article on Auschwitz here.

Today, there stands a memorial I stumbled upon during one of my early morning walks: Jews being rounded up by Nazi soldiers onto the train. Flowers are left there now. 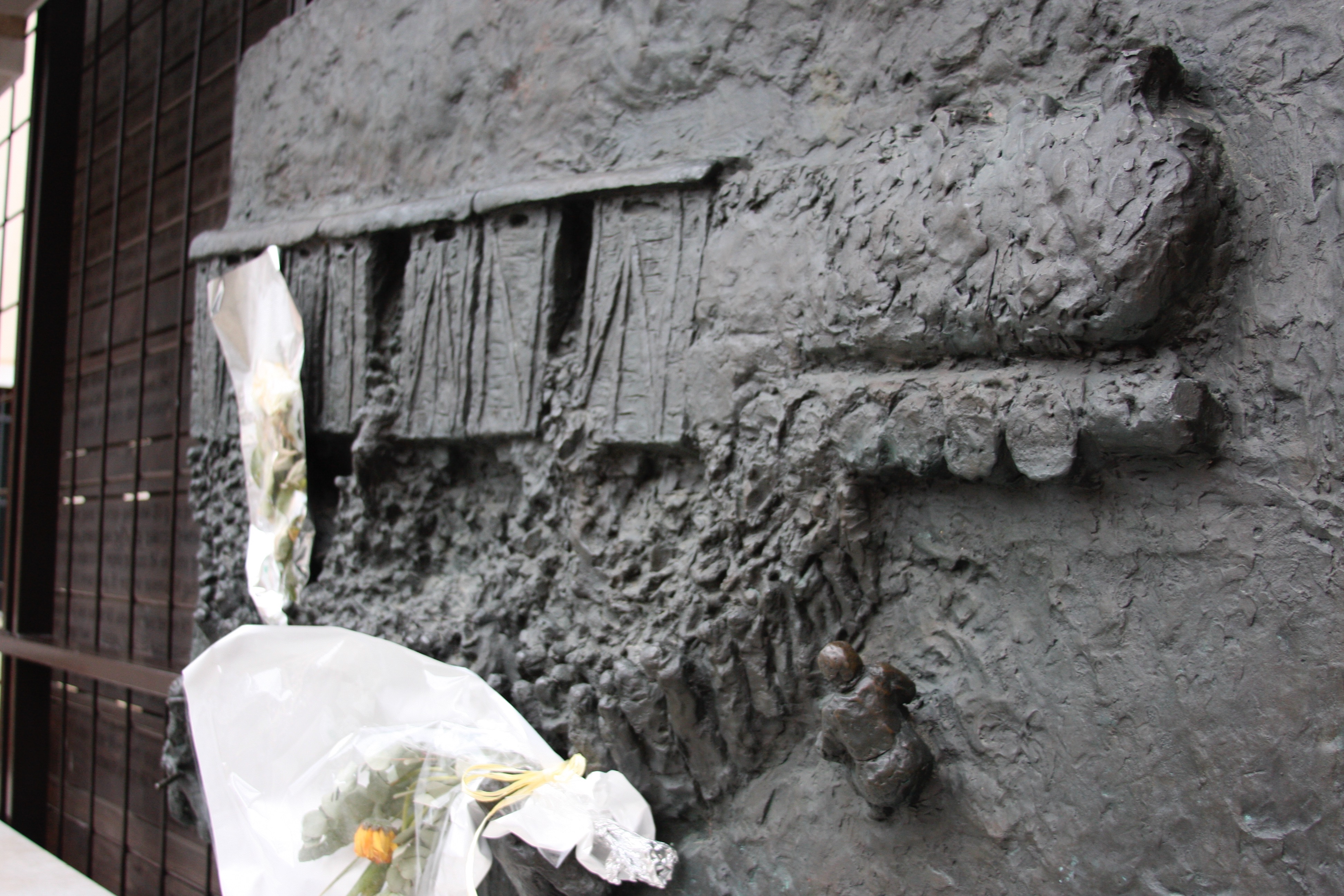